By Miranda Raye on October 22, 2018
Advertisement 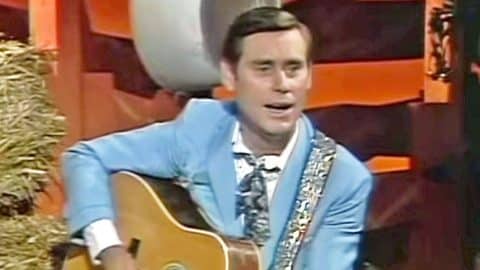 From the earliest stage of his career, “White Lightning” has been considered George Jones‘ signature song. So that’s why it may come as a surprise to some that Jones was not the first one to record the tune.

“White Lightning” was originally written and recorded by rockabilly artist J.P. Richardson, known as “the Big Bopper.” He released the song as a single in February 1959, while Jones released his own version afterwards.

As it turns out, Richardson and Jones were good friends, which made recording “White Lightning” an emotional experience for Jones.

That’s because one week before Jones stepped into the studio to record the song, Richardson lost his life alongside singers Buddy Holly and Ritchie Valens on what later became known as “The Day the Music Died.”

Despite all of the emotions that went into recording “White Lightning,” Jones managed to turn the song into the fun-loving tune we know today.

It went on to become the first number one hit of his career, when it claimed the top spot on the country chart on April 13, 1959. “White Lightning” was also a crossover hit, and became Jones’ greatest success on the Billboard Top 100, where it peaked at the 73rd spot.

Over time, a handful of other artists have gone on to cover “White Lightning,” including Waylon Jennings and Hank Williams Jr.

Although their versions are both undeniably great, there is no one in the world who can sing it quite like Jones!

Tune in below to watch one of Jones’ earliest performances of his signature tune, during one of his appearances on the popular show Hee Haw. Go ahead and feel free to sing along; we’re sure you know every word!