“Idol” Judges Use Only Save On Teen Artist, Then She Sings “The House That Built Me”

By Miranda Raye on May 4, 2020
Advertisement 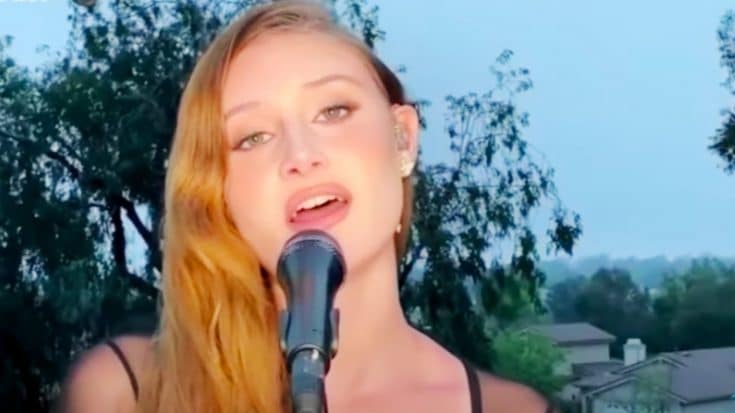 On May 3, American Idol revealed its Top 10 contestants. Among them were country singers and fan-favorites Grace Leer and Dillon James.

Thanks to the judges, one additional contestant got the chance to compete in this coveted stage of the competition. If they hadn’t used their one and only save on her, she would have been eliminated.

Unlike Voice coaches, who each get to use multiple saves throughout a season, the Idol judges get one collective save to use per season. They can use the save at any point, on any contestant, as long as they agree who to use it on.

During Season 17, they chose to save country singer Laci Kaye Booth, allowing her to become one of the Top 5 contestants of her season. Fellow country singer Laine Hardy went on to claim the win.

An @AmericanIdol flashback for you: @TheLaineHardy and @lacikayebooth joined forces on a Johnny Cash hit one year ago today! Re-live their performance: https://t.co/o0vw6pzEMS

So who did the judges use their save on during Season 18? The answer: 17 year-old Makayla Phillips.

“Oh, my God, I’m going to cry right now,” Phillips said when she found out the judges chose to save her. “This has been my dream since I was very little, so this means the world and more to me.”

The theme of the night was “home,” so the teen then moved in to a performance of Miranda Lambert‘s 2010 single “The House That Built Me.”

Judges Luke Bryan, Katy Perry, and Lionel Richie showered Phillips with praise following her performance, making it clear why they chose to use their only save on her.

“I’m so glad you came back just to allow America to hear what a great singer you are,” Bryan said. He recalled hearing her voice in the auditions, and said he and the other judges saved her because they wanted the public to hear that sound again.

As for Richie, he called Phillips “a star,” going on to say, “Keep working hard, because you’re on your way to somewhere in the stars.”

You can tune in below to see Phillips sing “The House That Built Me.” Once you watch her performance, you may understand why the Idol judges decided she was the person they wanted to use their save on.

We’re glad Phillips was saved by the judges, otherwise we never would have been able to witness this performance!