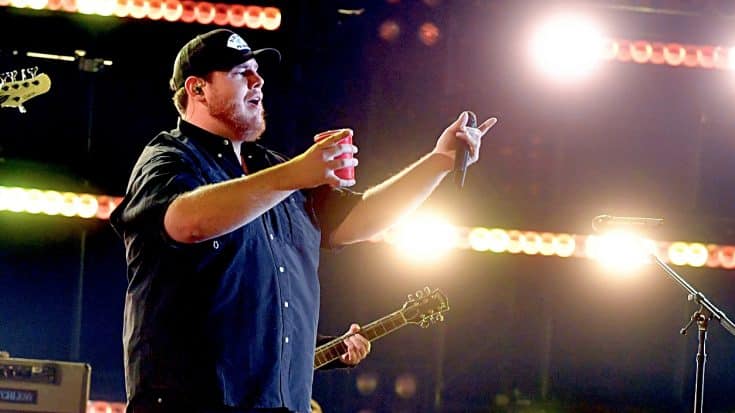 Just a handful of years into his career and this young country superstar is already storming the stage during the biggest night in country music – and we can’t get enough of it!

With just his debut album released a year ago this summer, Luke Combs has already proven himself a force to be reckoned with – sending all four of the singles to the Top 10 on Billboard’s US Country chart and earning four consecutive No. 1 singles on the US Country Airplay chart.

So awesome to see these guys on the CMA Awards show!! Amazing @lukecombs pic.twitter.com/dnMgt6QqbJ

Combs is coming hot off the heels of his wicked three-week run at No. 1 on the country music charts with “She Got The Best of Me” and is quickly prepping a deluxe vinyl version of his debut album, This One’s for You.

Taking the stage at the 52nd annual CMA Awards, this country newcomer had already earned several nominations for Male Vocalist Of The Year and New Artist Of The Year and he took home one of those! We couldn’t be more proud of this talented country star!

Watch Luke Combs perform his chart-topping new hit “She Got The Best of Me” live at the 52nd Annual CMA Awards in the video below!

This rising star is the one to watch! ? @lukecombs #CMAawards pic.twitter.com/FBfq1hWcMh