Michigan Man Kills Alligator After It Lunges After Him 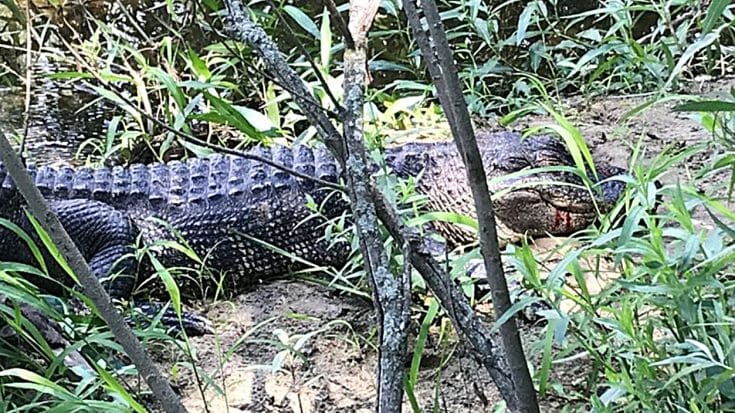 Alligator Not Native to Michigan

A 59-year-old man from Michigan went down to the river to gather minnows for fishing bait when a 6-foot alligator not native to Michigan charged at him.

He said he heard a hissing sound and before he knew it the gator was after him. The man grabbed his pistol and shot the gator before it could do any damage and it instantly died and went sliding down the bank close to the water.

The alligator weighed about 60 pounds when being weighted by Undersheriff Rober E. Baxter from the Tuscola Country Sheriff’s Department. After doing some research they believed it came from a close-by property that contained other alligators, rattlesnakes, and turtles.

When police showed up to the 45-year-old property owner’s house and asked him about it he told them that he didn’t know his alligator had escaped his property (however, the guy who almost got bit didn’t believe him).

The owner said “I have three. Here’s one, here’s two, and…oops.” as he just realized his third gator was missing.

Apparently, the gator had recently escaped because the attack took place only 150 yards from the owner’s property. Since the owner ran an exotic animal rescue home and conducted educational seminars with his animals at local schools he didn’t get into legal trouble.

The deputies decided to give the carcass of the gator to the owner and that was that.