By Jennifer Pernicano on March 17, 2022
Advertisement 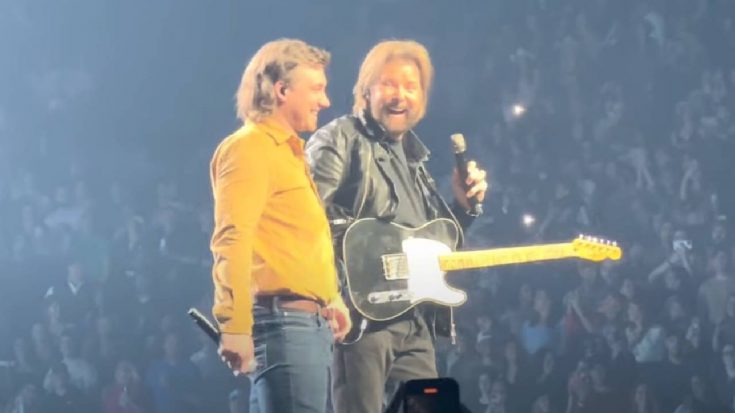 A little over a week after Morgan Wallen took home the coveted Album of the Year trophy at the 57th ACM Awards, he was back in Nashville on his Dangerous Tour. He announced the tour, as well as a March 17th stop in Nashville, on November 15.

Two days later, Wallen announced that he added two more Nashville dates on March 16th and 18th. Because Nashville is home to many, if not all, country stars, fans know they are in for a few surprises each night.

Wallen celebrated the March 16th show on Instagram with a series of photos from throughout the night and wrote, “Nashville Night 1.” The big surprise he had for his fans was none other than country legend Ronnie Dunn!

Ronnie Dunn first came on stage while Wallen was performing his 2018 song “Talkin’ Tennesse” and helped him sing it!

The duo then performed the classic Brooks & Dunn song “Neon Moon.” They even got the crowd involved during one of the choruses! We wish we would have been at this show. We bet he’s got a few more surprises for his next two shows!

Watch their “Neon Moon” duet below.