By Miranda Raye on April 10, 2020
Advertisement 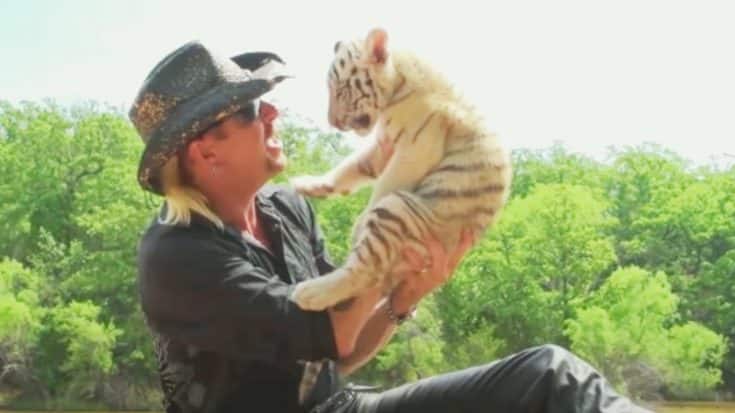 If you’re one of the millions of people who binge-watched all seven episodes of the Netflix series Tiger King: Murder, Mayhem and Madness, then buckle up, because the show’s wild ride isn’t over just yet.

Tiger King centers on Oklahoma zoo owner/country singer/politician Joe Exotic, and dives in to the lives of big cat owners throughout the country.

A main focus of the series is on Joe’s rivalry with Carole Baskin, the owner of an animal sanctuary in Florida. Joe is currently serving time behind bars after being found guilty of hiring a hitman to kill Carole.

Since Joe is in prison, you’d think there wouldn’t be any other stories for Tiger King to share. But you’re wrong.

On April 6, Jeff Lowe, the new owner of Joe’s former zoo, said in a video with his wife, Lauren, that a new episode of Tiger King was being filmed at that moment. He said the new episode would be on the way, “next week.”

So our friend @christie_dish listened to the podcast, @HoldingKourt and after last weeks episode decided to send us this!!!

There will be 1 more episode of #TigerKing [email protected] pic.twitter.com/YeRSIlDKTJ

Now, Netflix has confirmed what Jeff said, announcing a release date and some details about the bonus Tiger King episode.

The new episode, titled “The Tiger King and I,” will drop on Netflix on Sunday (April 12). It will feature never-before-seen interviews with some subjects of the show, including Jeff and Lauren Lowe, John Finlay, and Rick Kirkman. Comedian Joel McHale will host the episode.

Netflix is describing the bonus episode as an “after show,” as the interviews were all filmed after Tiger King was released. That means we’ll get to hear everybody talk about how their lives have changed since Tiger King became such a phenomenon.

Tune in to the clip below to watch Netflix’s announcement about the new episode. We know we can’t wait to see it, how about y’all?