Only 1 ‘Voice’ Coach Has A Full Team After Fan-Voted Cross Battles – Who Is It?

By Miranda Raye on April 24, 2019
Advertisement 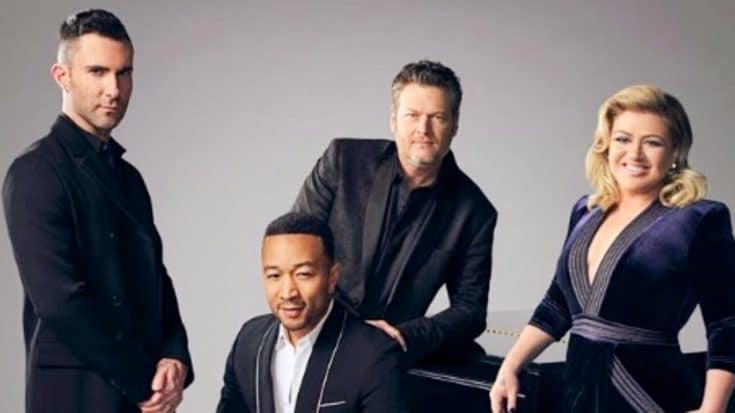 Over the course of the past two weeks, Voice viewers have watched as their favorite contestants participated in a brand-new phase of the competition. This season, The Voice replaced the longstanding knockouts with a round called the live cross battles, and they were intense.

The cross battles were unlike anything The Voice has tried before. Artists had no idea who they were competing against before stepping on stage, and their opponent was someone from another team.

Viewers were then given the chance to vote on the winners, with the coaches only having say with one save and one steal each.

Reactions to the cross battles’ introduction were mixed. Some were excited about the show’s attempt to keep things fresh, while others felt it was somewhat unfair to put such a hefty decision in the hands of the viewers this early on.

@blakeshelton #VoiceCrossBattles I like the old Voice better… not a fan of the cross battles.. #TeamBlake

My heart is not okay. Pls do not do live cross battles again. ? #TheVoice

How Blake’s Team Did In Cross Battles

Fans of Blake Shelton‘s team were certainly concerned that the early introduction of viewer voting would leave the six-time-winning coach with a reduced team moving into the next stage. Those fears were alleviated after the first round of performances, in which four of Shelton’s eight artists competed.

Moving into the second phase of the cross battles, Shelton had four artists left to compete: Carter Lloyd Horne, Gyth Rigdon, Karly Moreno, and Andrew Sevener. Horne, Rigdon, and Sevener all won the fan vote from their cross battles, while Moreno did not.

Unfortunately, Shelton had no save available to keep Moreno on his team and she was not stolen by another coach. That makes her the only artist from Team Blake to be sent home following the cross battles.

Battles return this Monday!!?Taking the stage with the one and only @celiababinimusic !!? If you’ve been following my journey and wanna come hang and watch together, we’ll be at @boardnbrewln at 7pm!! Come eat/grab a drink with us! @nbcthevoice starts at 8pm! YEWWW! Gunna be a fun night! ❣️???? • • • • • • • • #nbcthevoice #teamadam #thevoice #battles #voicebattles #karlskooks #boardandbrew #boardnbrew

Blake Has A Full Team

But Shelton still had a steal available going into the second round of eliminations, and he used it on Kendra Checketts from Team Adam. Checketts was originally on Shelton’s team before being stolen earlier on in the competition, so it makes sense why Shelton used his steal on her.

At the end of it all, Shelton was the only coach who left the cross battles with a full team of eight.

@blakeshelton #VoiceResults #TheVoice Blake’s team is looking way to good , think I see another W for the uncle of country music

John Legend and Kelly Clarkson will each carry six artists into the next phase of the show.

As for Levine, his team took the biggest hit in the cross battles, as it was cut in half. He only has four artists remaining, and only three of those were originally on his team, since one was stolen from another coach.

But at this stage in the competition, it’s still anyone’s game. Shelton’s chances are just higher since he has the most artists to carry through!

Now that the cross battles are over, everyone can breathe a sigh of relief knowing they can watch talented Team Blake members like Rigdon sing another day.