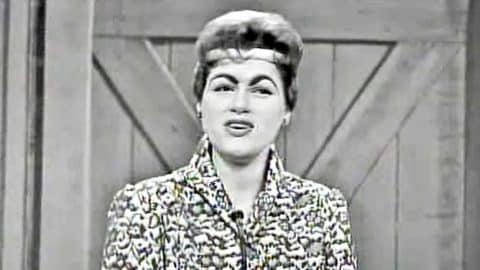 Patsy Made The Best Music

After both “I Fall to Pieces” and “Crazy” became hit singles for Patsy Cline in 1961, country fans had come to expect nothing but incredible music from her.

When it came time to release her follow-up single the next year, she didn’t disappoint.

Singer-songwriter Hank Cochran wrote a song one day, and once he finished it he just had a feeling it was going to be Cline’s next number one hit. In the biography Honky Tonk Angel: The Intimate Story of Patsy Cline, author Ellis Nassour writes that Cochran called Cline to tell her about the song. She was intrigued, and told him to come over to her house to play it for her.

The Song That Caught Her Attention

The song, called “She’s Got You,” captivated Cline from the start, and she was deeply moved by the lyrics.

Nassour writes that Cline learned the song that same night, and even called her manager and producer to sing it to them on the phone. She recorded it at her next session, and just as Cochran said, it became her next number one.

Not only was Cline’s song a number one on the country charts, but it also climbed into the Top 20 on the Billboard Top 100, peaking at the 14th spot.

The song tells the story of a brokenhearted woman who looks through all of the momentos that remind her of her lost love. Although she has all of the records, pictures, and things to remind her of their relationship, the one thing she doesn’t have is the man she loves.

Cline performed “She’s Got You” during a television appearance in 1962. Her connection to the song was obvious to see, which is what made it an unforgettable performance. You can watch it in the video below.

From the moment she first heard “She’s Got You,” Cline fell in love with it, and we fall in love with her all over again every time we listen to her sing it.