By Manly Bryant on October 25, 2019
Advertisement 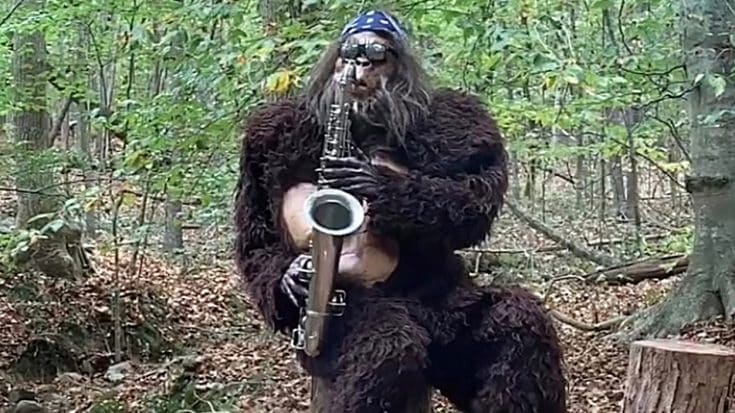 Hilarious YouTuber and talented saxophone player known as Saxsquatch strikes again! This time playing the saxophone in the middle of the woods next to a campfire performing Ray Charles’ 1962 classic song “You Don’t Know Me.”

You don’t know me

For those who don’t know who Saxsquatch is, he’s a man who has come up with the bright idea of dressing up as sasquatch and playing beautiful songs on the saxophone, and as funny as that may sound, he’s actually quite good at it.

His YouTube channel features him in playing songs like, “You’ve Got A Friends In Me,” “Stars Fell On Alabama,” and “When Sunny Gets Blue.” What makes these videos so entertaining though is he’s not just playing them in his bedroom, he’s playing them with sunglasses and a bandanna in the middle of crowded sidewalks, bridges, and places with gorgeous landscapes in the background.

The new video he put out two weeks ago called “You Don’t Know Me” has reached over 40 thousand views on YouTube and apparently got so much attention that it caught the eye of Comedy Central’s TV show Tosh.O who featured it on their broadcast.

He’s got many more entertaining videos and if you thought the video by the campfire was funny then check out his one-minute video below showing him perform “Every Breath You Take.”