Sinkhole Appears, So 2 Men Decide To Fish Out Of It 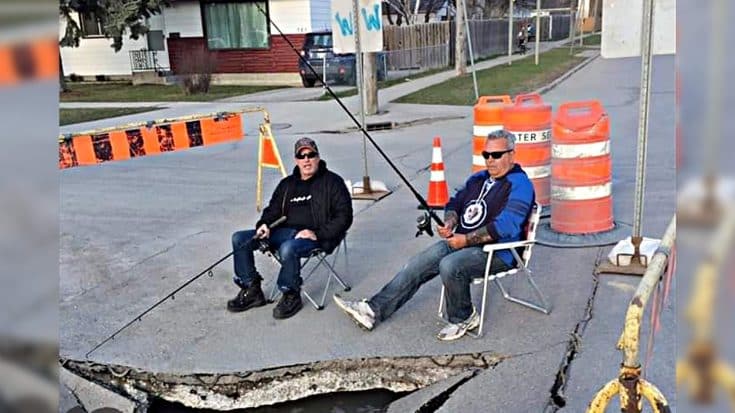 Making The Best Of A Bad Situation

Yep, you read that right! There’s a sinkhole so bad that people are literally fishing out of it. In Winnipeg’s St. James community, three men decided to make lemonade out of lemons by propping up their lawn chairs and bringing their tackle boxes out to the makeshift pond in the middle of the road.

The hole was caused by a void in the area that’s supposed to support the road, and a water main break caused the area to fill up with water.

Don’t Try This At Home

Did they catch any fish? It’s unlikely, but it made for a great photo opportunity nevertheless. While it might seem like a fun idea to go fishing or swimming in a sinkhole, it’s best to stay away. At best, sinkholes are unpredictable. In North America, they’ve been known to expand suddenly, swallowing entire vehicles. In other places in the world, sinkholes have appeared rapidly enough to cause entire buildings to collapse. Not exactly a relaxing afternoon. Save your fishing for a fun day at the lake!

A similar situation happened in 2015. Check out the video below to hear more.