“The Voice” Reveals Top 10 Contestants: Who Advanced From Team Blake?

By Miranda Raye on November 23, 2022
Advertisement 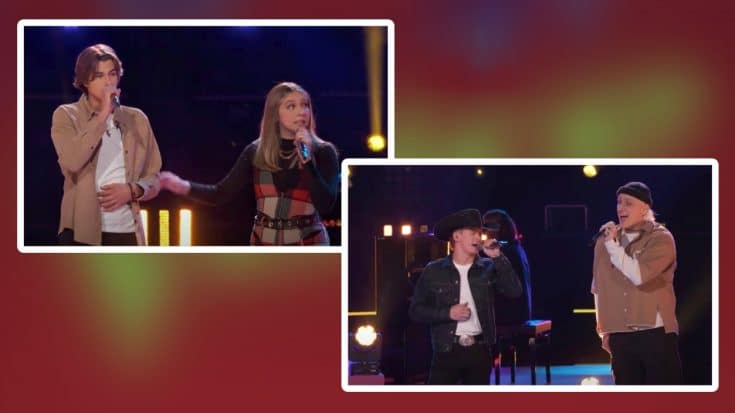 The Voice aired its newest results episode on Tuesday night (November 22). The Top 13 became the Top 10 as three artists were eliminated from the show.

Team Blake fans were especially concerned about the fate of its four members: Brayden Lape, Bodie, Rowan Grace, and Bryce Leatherwood. Many people were worried about Leatherwood in particular, because he had to compete for the Instant Save the week prior.

Thankfully, Leatherwood won the Instant Save with his performance of Billy Currington‘s “Let Me Down Easy.” In doing so, he secured the final spot in the Top 13.

Was Leatherwood able to earn enough votes to advance into the Top 10? The answer…yes! Leatherwood was one nine artists that was automatically saved by America’s votes.

How about the other members of Team Blake? They all advanced too!

Lape, Grace, and Bodie were saved by America’s votes as well. So that means Team Blake remains intact moving into the Top 10.

Before the final results were revealed, Blake Shelton joined his Voice team to perform Glen Campbell‘s “Southern Nights.” Viewers loved their performance, which you can watch below.

Congratulations to all of the Voice contestants who advanced into the Top 10!