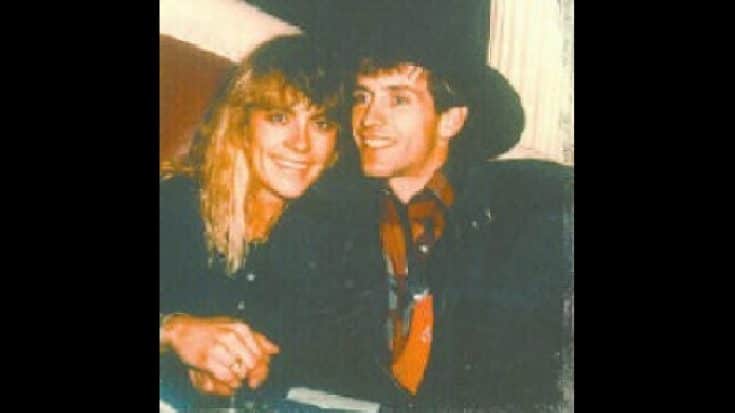 Tragedy struck the rodeo world in 1989 when PRCA World Champion bull rider Lane Frost was killed by the bull he was riding. Upon his death, the 25-year-old left behind his wife of five years, Kellie Kyle.

Kellie Kyle was raised in the northwest Texas town of Quanah. She and Lane Frost first met at the National High School Rodeo finals and wed five years later.

As Lane’s rodeo career took off, the couple decided to move from his hometown in Oklahoma to her Texas hometown.

By 1988 Lane and Kellie had chosen to separate as his career took a toll on their relationship. A few months later they reconciled and started planning for their future, a plan that included building a ranch halfway between their families’ homes in Texas and Oklahoma.

It has been reported that at the time Frost left compete at the Cheyenne Frontier Days in 1989, he and Kellie had several projects in the works. Those projects included roles as stunt double in the movie My Heroes Have Always Been Cowboys, which was being filmed in Oklahoma. They had also applied for a loan to buy the land where they would build their new ranch.

Lane Frost was 25-years-old when he took his place atop the bull named Takin’ Care of Business at the Cheyenne Frontier Days rodeo. Frost finished his 8-second ride and dismounted the bull But, the animal charged and hit Lane’s back with his horn. The blow broke several ribs and caused internal injuries that led to Frost’s death.

Lane Frost was remembered for his ear-to-ear smile and contagious happiness by those who knew and loved him. Those who didn’t know him personally fell in love with him through the 1994 movie 8 Seconds. The film, which starred Luke Perry as Lane, told the story of the bull rider’s love and his and Kellie Kyle’s love story.

What happened to Kellie after Lane’s death?

In an interview clip from 1994 promoting the theater release of 8 Seconds, Kellie appears alongside Lane’s best friend and fellow bull rider Tuff Hedeman. Kellie was asked what it was like to look back on her life with Lane through the movie even though she had “gone on with her life.”

“It doesn’t really seem like I’ve gone on yet. This is kind of a closing chapter after the premiere and after the movie’s coming out, for me,” Kellie Macy said. “My husband’s been wonderful support through the whole thing…It’s been hard, but to sit there and watch it brings great joy….But, we chose to do it, and I think it was a great tribute to Lane. That’s the most important thing for me.”

She and her husband Mike now live on a massive ranch near Lubbock, Texas, that has been in Mike Macy’s family for more than a century. The couple have two children, Aaron and Brogan, who were successful youth rodeo competitors.