Yes! That Was Chris Stapleton In “Game Of Thrones” Last Night

By Manly Bryant on April 29, 2019
Advertisement 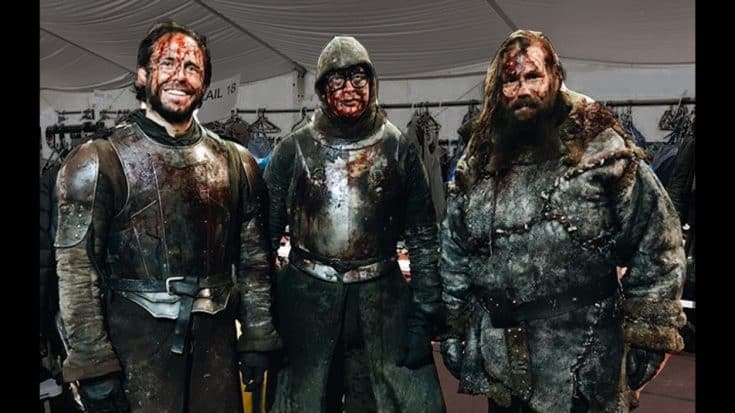 Did something feel different about Sunday night’s epic Game Of Thrones episode? Well, if your gut was telling you that – you weren’t wrong.

HBO’s insanely-popular TV series came back for its eighth and final season with the airing of “Winterfell” on April 14th, 2019. Now, with the recent showing of its third episode “The Long Night,” they are about halfway through this shortened end run – but they have some crazy twists up their sleeves.

Many folks from the country music community are huge GOT fans and often can be seen tweeting about the latest episode – or even sharing spoilers! But one person from the industry went a step farther and actually took up a role in the show.

Who, you ask? Truly, it is none other than the gravelly-voiced and long-bearded “Tennessee Whiskey” singer himself – Chris Stapleton.

The kicker is that almost everyone who watched the show had absolutely no idea he was in it!

“Everything you did brought you to where you are now, where you belong, home”.#GameofThrones #ForTheThrone pic.twitter.com/tSjzvb4KDj

Stapleton, who played one of the Wildlings-Turned-White-Walker, opened up to Rolling Stone about his role in the show.

“They knew we weren’t actors,” he told the publication with a hearty laugh. “So the direction was basically, we’re going to place you, and when we tell you to, open your eyes. And they trained us on how White Walkers are supposed to stand up and move when they’re first waking up. We had a crash course in that.”

The big reveal of his brief cameo on Game Of Thrones came from his wife’s Instagram account where she posted both a still shot of her hubby laying on the ground before his eyes open with that eerie blue color. Then she added a video of the clip with Jon Snow and paused it when Stapleton was on the screen. Later, he posted his own photo of some behind-the-scenes stuff!

Check it all out below – and let us know if you would have recognized him!