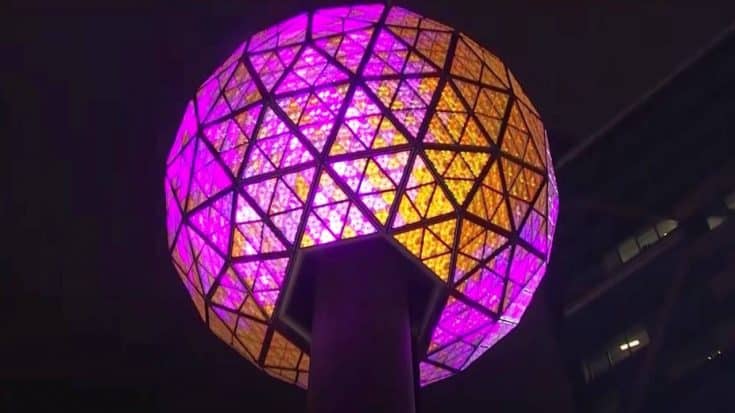 Many of us will be tuning in to our televisions on December 31 and watching with anticipation as the iconic ball drops in Times Square, signaling the official start to a new year. Adios, 2020! But, there is more to that tradition than you might know. We’ve dug up a few interesting and little-known facts about the event that make us more excited than ever to ringing in the new year.

1. The ball has dropped in Times Square 113 times.

The ball has been used to celebrate the turning of the calendar in New York City every year since 1907….except for two. In 1942 and 1943 the city was forced to forego its ceremony due to the WWII dimout lighting restrictions. People still showed up to Times Square for a moment of silence.

“As a way to conserve energy and fuel, as well as practice for a possible, and terrifying, attack by the German Luftwaffe, black out drills were held,” the National WWII Museum website reads. “Especially along the East Coast because not only was an air raid imaginable, but also the bright lights from cities created silhouettes of ships in the water which make them easy targets.”

It was because of these blackouts that the New Year’s Eve Times Square tradition was halted for two years. Not only did the ball drop not take place, but the famous Times Square billboard lights were shut off to conserve energy and “stay under the radar from the evident possibility of an attack.”

2. The ball that drops in Times Square today weighs nearly 17 times more than the first one that dropped in 1907.

The first Times Square ball weighed roughly 700 pounds and was lowered from a flagpole. The ball, made of iron and wood, featured 100 25-watt light bulbs and was 5-feet in diameter. The ball has been redesigned 6 times since. In 1920, a wrought iron ball weighing 400 pounds replaced the original and was the symbol of the new year for 35 years.

In 1955, a 150-pound aluminum ball took its place and made its annual flagpole decent for 43 years. During those 43 years the aluminum ball underwent slight changes, including its near decades-long stint as an apple in the 1980s. Red lights and a green stem were added during that decade, a symbol of New York City’s nickname, the Big Apple. And, in 1995 was bedazzled with rhinestones, strobe lights and computer controls. That ball fell for the last time in 1998.

3. A high-tech crystal-covered ball was created to mark the turn of the century.

The millennium celebration that marked the turn of the century in 2000 used the latest technology, making the ball drop unlike anything the public had seen before. “The crystal ball combined the latest in lighting technology with the most traditional of materials, reminding us of our past as we gazed into the future and the beginning of a new millennium,” the Times Square Ball website said of the new ball.


In 2007, the ball that was covered in Waterford Crystals, went LED for the 100th anniversary celebration of the ball drop. The bulbs were replaced by Philips Lexeon LED lighting in order to increase the brightness and gave the ball the ability to change colors.

Nine years after the turn of the century, a permanent ball was built and can be seen nearly year round at its address at One Times Square. The ball grew to 12 feet in diameter, double its size from the previous design. It is lit by 32, 256 LED lamps, contains 2,688 Waterford Crystal panels and weighs 11,875 pounds.

5. More than 1 ton of confetti drops in Times Square

If we thought a six-ton Times Square ball was big, imagine having to clean up after it! It’s been estimated that more than ONE TON of confetti drops during the celebration. That’s a lot to clean up!