By Megan Dinsdale on October 9, 2015
Advertisement 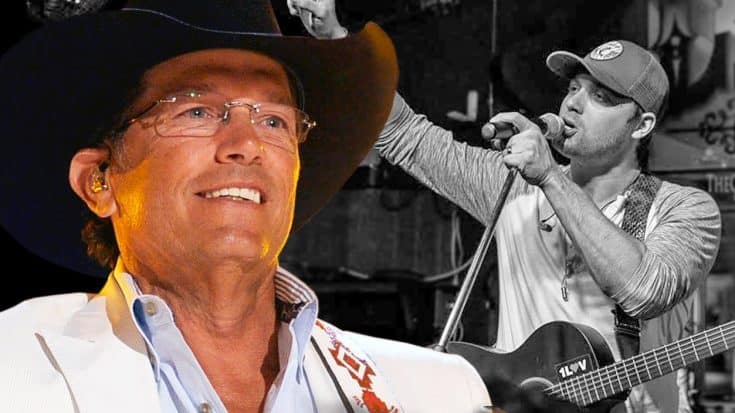 We can’t get enough of modern artists covering the more traditional country singers like George Strait, especially knowing that these legends are the ones that inspired these breakout stars to follow their dreams, so you know they’re going to put their heart into their rendition.

It’s no different with Cort Carpenter, a talented singer from Washington state who is heavily influenced by not just the King of Country himself, but also Tim McGraw, Toby Keith, and Eric Church.

Let us be the first to say that Cort Carpenter is about to become a household name, right up there with Dierks Bentley and Jason Aldean, especially with this phenomenal cover of George Strait’s hit song, “Troubadour“. Though he’s in no way trying to take the place of George, his rendition has a modern twist to it and it’s definitely something begging to be heard. Cort can really give a soulful, acoustic performance and the proof is below.

We already know Cort can take on something more traditional, but he definitely has that modern day style that country music lovers crave. Honestly, we wouldn’t be surprised if you already knew this up-and-coming artist by his newest single, “Let Me See Your Koozie“.  It’s the ultimate summertime anthem about having a blast with your buddies with an ice cold beer in hand (stuck inside a koozie, of course).

Unlike the message of his carefree song, life hasn’t always been an easy ride for Cort. A former collegiate athlete, he was on his way to the top when he was invited to attend a major league baseball camp shortly after college. It was Cort’s dream to play in the MLB, but he was involved in a devastating accident when a car rear-ended him at high speed. Unfortunately, this accident restricted his ability to fully play the game he so loved. But, there is always a light at the end of the tunnel. The accident lead Cort to play country music for fun and since then, his local gigs blossomed into an exciting music career!

“Moving to the heart of the country music scene was the best decision I’ve ever made three years ago,” Cort says about his move to Nashville when he finally decided to pursue his dream.

Cort has definitely caught our attention with both his fun original song and stripped down classic cover. With his work ethic, drive, and obvious talent, he’ll no doubt make it far with his newfound country music career.