Blake Shelton Bummed After Being Shut Down By New ‘Voice’ Feature 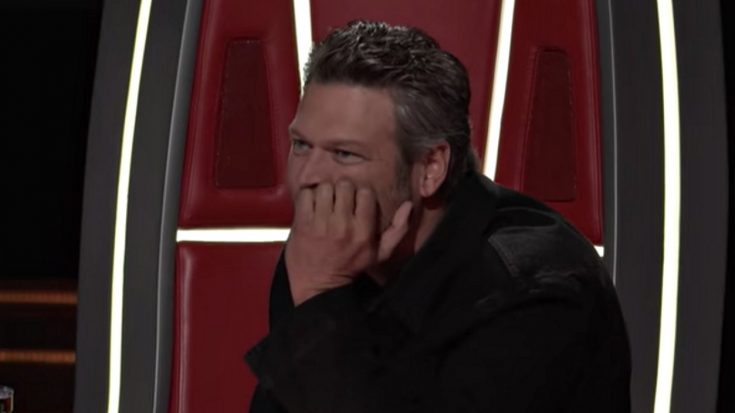 The Voice has returned for its 14th season and previous coaches Blake Shelton, Adam Levine and Alicia Keys were joined by new coach Kelly Clarkson. Monday’s (February 26) season premiere kicked off the first night of the Blind Auditions, the  famed first round where coaches listen to artists without facing them. If a coach likes what he/she hears then they turn their chair around.

Country singer Justin Kilgore earned the first four-chair turn of the season with his cover of “Tomorrow” by Chris Young. But, things got intense when Alicia Keys used the new Block feature to prevent sole country coach Blake Shelton from acquiring Kilgore. The Block can only be used by each coach once, and Keys felt that Kilgore’s performance was amazing enough that she didn’t want six-time winner Blake Shelton to have the opportunity to take him to the end.

The drama ensued when and things got humorous when Kelly Clarkson pulled out all the stops to convince Kilgore to join her team. Adam Levine and Alicia Keys didn’t put up much of a fight. “A block for Blake is a victory for me,” Levine said.

When Kilgore revealed that his biggest country influence was Reba McEntire, Kelly Clarkson was quick to remind him that Reba was not only her mother-in-law but that her children are Reba’s grandchildren. Kelly’s speech won over Kilgore who was quick to join her team.

Hear Justin Kilgore sing “Tomorrow” and watch the drama unfold in the video below.