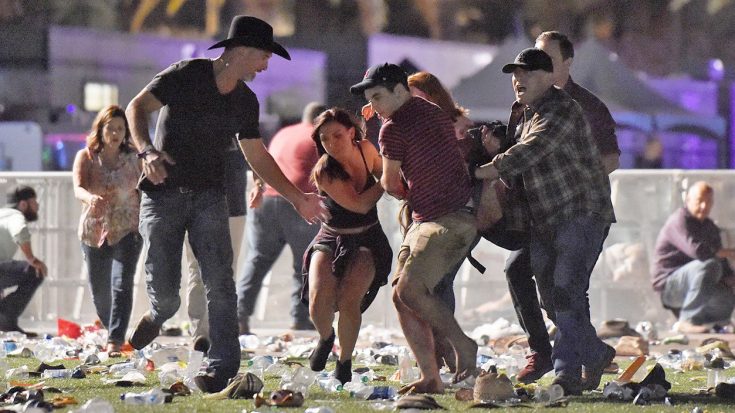 In an interview with Fox News, John Rich recalled the events of the night following their set at the festival. Shortly after the duo finished singing, they boarded their tour bus and made their way to Rich’s Redneck Riviera bar roughly three miles from the festival site. While the duo was performing at the bar, Rich recalls someone tapping him on the shoulder and letting him know that there was an active shooter.

“What they told us is that there were multiple active shooters and they didn’t know where they were. We immediately stopped playing and got everybody away from the windows and tried to secure the location.” Rich said that it wasn’t until a couple of hours later that they found out the gunman had acted alone and had been killed.

“I had a Minneapolis police officer who was off-duty in my bar hanging out. He came up to me and showed me his badge and [introduced himself].” The officer proceeded to let Rich know that he wasn’t armed before asking if Rich was armed. “I said, ‘Yes, sir I am armed. I have my concealed weapons permit and I am armed.’ He said ‘Can I have your firearm so I can hold point on this front door?'” Rich then handed over his firearm and for about two hours the officer kept a point on that front door “without flinching” in case someone came through.”

Big & Rich was on stage two sets before Jason Aldean who was performing when a gunman opened fire on the crowd of 22,000 from the Mandalay Bay Resort and Casino. 59 people were killed and more than 500 injured in what is being called the worst mass casualty shooting in U.S. history.

If you would like to help the victims, you can do so by donating to the verified GoFundMe for the Las Vegas Victims’ Fund by clicking here. All funds raised will help provide relief to the victims and families affected by the shooting.

Our thoughts and prayers are with the people of Las Vegas, the country music community, and all affected by this tragic event.