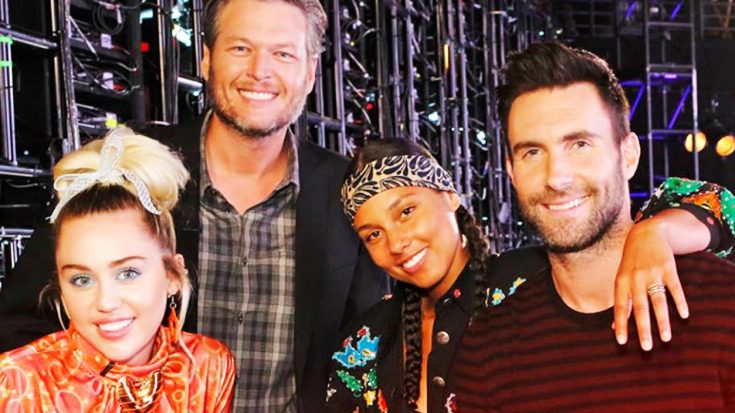 In a heartbreaking elimination round on The Voice, the field of 8 semi-finalists was cut to 4 on Tuesday night (December 6).

Blake Shelton had been hanging on to his only remaining team member, Sundance Head, for the last two weeks, but remained confident that the singer would take his team to the finals. And Blake was right. Sundance Head, who earned his spot in the final four with a dynamic cover of the Judds‘ hit “Love Can Build A Bridge” Monday night, will be representing Team Blake next week in hopes of helping the coach bring home his 5th Voice title.

Head will be joining former child country star and season frontrunner Billy Gilman, a member of Team Adam. Adam Levine is the only coach to be taking two singers to next week’s finale. Josh Gallagher, the country singer that Adam stole from Blake earlier in the season, will also be representing Team Adam.

Head, Gilman, and Gallagher will be joined by We McDonald, the lone remaining member of Team Alicia. The announcement of finalists leaves first-time coach Miley Cyrus without a team.

Who will you be rooting for during next week’s finals?