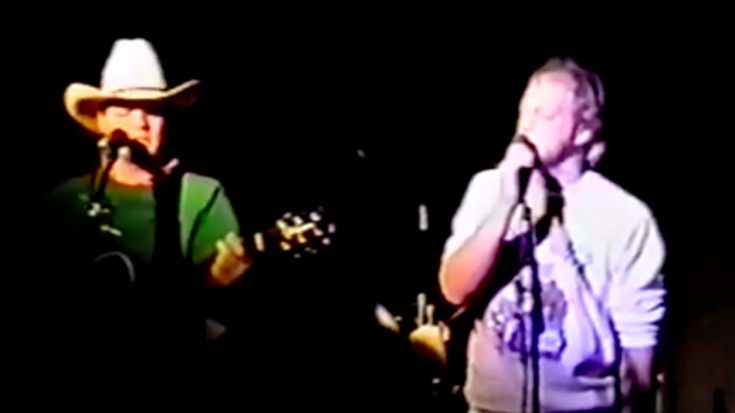 The country music community is a tight-knit one. For some, the familial bond is more than just sharing a common interest….it’s blood.

Such is the case for the Montgomery brothers, John Michael and Eddie. The two were born and raised in Kentucky where they joined their parents on stage at local honky-tonks and hangouts almost every weekend. Eventually, the two formed a band with their friend Troy Gentry.

Word began to spread about the band and its lead singer, and by the early ’90s John Michael had landed a record deal. The handsome baritone would become one of the hottest acts of the ’90s and one of the few artists whose first three albums would be certified multi-platinum. Songs such as “I Swear,” “I Love The Way You Love Me,” and “Be My Baby Tonight” secured John Michael a place in country music history.

As John Michael’s career was finding its stride, his brother Eddie’s was just taking off as he and long-time friend Troy Gentry formed Montgomery Gentry. The duo landed numerous hits at the top of the country charts, won both ACM and CMA Vocal Duo of the Year honors and were inducted into the Grand Ole Opry in 2009.

As a way to celebrate his 25 year career, John Michael has been sharing old family videos of he and Eddie singing together before they became some of country music’s biggest stars. In the video below. the brothers cover Keith Whitley’s hit “Don’t Close Your Eyes” while on stage at Lexington, Kentucky’s Austin City Saloon in 1988. Check it out below and let us know what your favorite John Michael Montgomery and Montgomery Gentry tunes are!