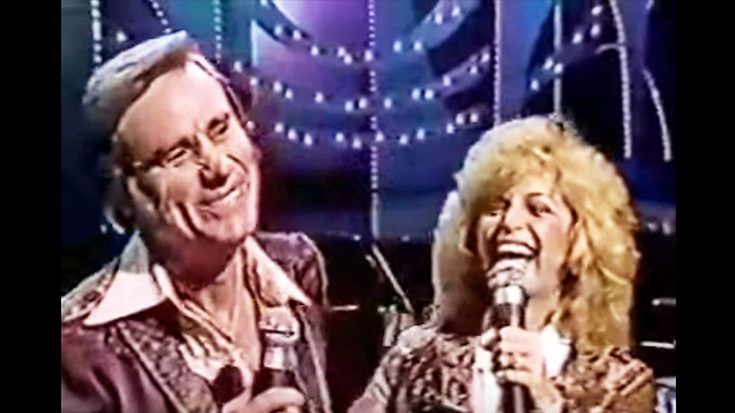 During the 1981 CMA Awards, country singer Barbara Mandrell unexpectedly teamed up with country music legend George Jones and gave her audience one unforgettable performance. Mandrell graced the stage sporting an elegant brown suit complete with a southern fringe and tassels. She began to passionately sing her timeless hit “I Was Country When Country Wasn’t Cool,” surprising her audience with am impromptu duet that sent the crowd soaring with excitement.

Mandrell began to exit the stage and make her way into the audience as she yelled, “Meet me halfway, George! Come on!” Jones rose from his seat and made his way to the singer to partake in a wonderful duet of country classics and previously “uncool” music. As the two sang, Mandrell announced, “Mama, I’m singing with George Jones”, as he landed a kiss on her cheek.

As the song completed, the two hugged and participated in one last tiny peck before thanking the audience for their support and encouragement! Talk about a blast from the past! Check out the performance below!