10 Songs Many Don’t Know Were Written By Chris Stapleton

By Jennifer Pernicano on April 15, 2016
Advertisement 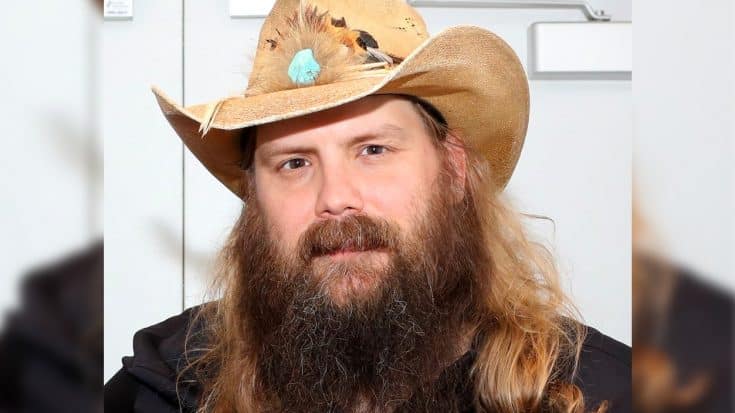 Chris Stapleton became a household name in December 2015 when he swept just about every award at the 2015 CMAs and delivered an ICONIC performance with Justin Timberlake.

The two sang Stapleton’s “Tennessee Whiskey” and Timberlake’s “Drink You Away” and had the whole crowd on their feet for the entirety of the performance.

After this performance, Stapleton went on to win two Grammys and four ACM Awards, as well as Breakthrough Artist at the CMT Artists of the Year ceremony.

He became one of the most in-demand artists of any genre at the moment. Following the 2015 CMAs, he was booked as the musical guest for SNL, performed at just about every awards show, and was in the lineup for Coachella, Bonaroo, and Lollapalooza, three of the most famous music festivals in the country and none of them usually feature country artists.

He seemed to have come out of nowhere, but what most people don’t know is that he has been writing songs for the last 15 years in Nashville. He’s had notable hits beginning in 2003 from artists ranging from Alan Jackson and George Strait to Darius Rucker and Thomas Rhett.

Check out the list below to find out what songs he’s written for other artists. Some might surprise you!

Josh Turner released this song in August 2005 and it went straight to number one, becoming the first chart-topper of his career. It was the lead-off single of his album of the same name.

Since its release, “Your Man” has sold over 1.3 million copies and it certified Platinum.

It won Stapleton an American Society of Composers, Authors and Publishers (ASCAP) award as well as a Broadcast Music Incorporated (BMI) Award.

Kenny Chesney recorded “Never Wanted Nothing More” for his 2007 album Just Who I Am: Poets & Pirates.

It is his fastest-climbing number one single, reaching the top spot in its eighth week on the charts. It debuted at number 37 and climbed the charts rapidly due to airplay before its official release.

It climbed twenty spots just in the first week!

3. “Come Back Song” by Darius Rucker

Darius Rucker and Stapleton teamed up to write this song together with fellow songwriter Casey Beathard in 2010. It was featured on Rucker’s second country music album, Charleston, SC 1966, which was released in April 2010.

Despite mixed reviews by music critics, “Come Back Song” took the number one spot on the Billboard Country charts on November 6, 2010.

Stapleton originally recorded “If It Hadn’t Been For Love” with his bluegrass band, The SteelDrivers.

Adele heard the song and fell in love with it and she recorded it as a bonus track for her sophomore album, 21.

When introducing the song, Adele always explains why she loves the song so much: because the singer talks about killing their ex!

Stapleton wrote this song for George Strait’s 2011 album Here For A Good Time. It was released as the second single and garnered rave reviews from music critics.

Fans loved the smooth fiddling and steel picking, which sent them back to Strait’s 1990s style with his hits like “Check Yes or No” and “Write This Down.”

6. “Something To Do With My Hands” by Thomas Rhett

Thomas Rhett teamed up with Stapleton to write his very first single off his debut album, It Goes Like This.

“Something To Do With My Hands” debuted at number 58 on the Billboard Country Charts and made its way to the 15th spot. This isn’t the last time Stapleton and Rhett teamed up! He makes another appearance on this list!

7. “Talk Is Cheap” by Alan Jackson

Alan Jackson included this Stapleton-penned song on his 17th studio album, Thirty Miles West, which was released in 2012.

The song was never released as a single, but remains a favorite by Jackson fans.  The album reached number one on the Billboard Top Country Albums chart and number two on the all-genre Billboard 200 chart.

In 2013, Luke Bryan released “Drink A Beer” as his third single from his album Crash My Party, and it quickly became his seventh number one song on the Billboard Country Airplay chart.

Bryan has previously described the song as “the coolest sad song ever” and connects to the lyrics, having lost both his brother and sister.

Stapleton wrote “Drink A Beer” as a very unique approach to the theme of loss and used a title that might suggest a party, and critics – and fans – loved it. Stapleton is actually singing backup for Bryan in the performance above.

9. “Crash And Burn” by Thomas Rhett

Rhett and Stapleton partnered up again, this time for Rhett’s second album, Tangled Up.

“Crash And Burn” was Rhett’s lead single and debuted at number 38 on the country charts on April 25, 2015. The song reached number one on the Country Airplay chart and number two on the Hot Country Songs chart.

It has been certified Platinum and served as an amazing lead-off single for the album, which has reached number two on the Billboard Top Country Albums chart and produced five singles, four of which hit number on the Country Airplay chart.

Charles Kelley released his first solo album in late 2015. Most fans were used to seeing him perform with his band, Lady Antebellum, but Kelley was ready to try out a different style and release a solo record.

Stapleton helped him develop his solo sound with the song “Lonely Girl,” off his album The Driver. He performed the song at the ACMs and on his debut solo tour, as well as The Ellen Show!