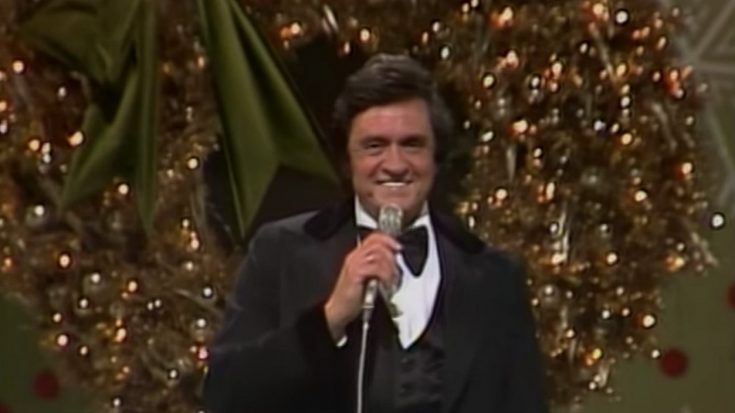 Johnny Cash wasn’t considered a bluegrass artist, but the Man in Black sure could pull off a great bluegrass tune!

“Christmas Time’s A-Comin'” was first recorded and released by the father of bluegrass Bill Monroe in 1951, during a time when holiday songs were few and far between in country/bluegrass music. Written by a young scientist who was studying to be an engineer in Boston, “Christmas Time’s A-Comin'” has become a holiday standard, especially Monroe’s version that features the irresistible sounds of the fiddle, banjo and mandolin. It also included a little-known instrument called a vibraphone, an instrument similar to a xylophone.

“Around Christmas, a lot of people like to hear that kind of a sound on a lot of songs,” Monroe said of the bell-like instrument.

Just like many other Christmas songs of that time like Bing Crosby’s “White Christmas,” Gene Autry’s “Rudolph the Red-Nosed Reindeer,” and Elvis Presley’s “Blue Christmas,” it has been covered by numerous artists. Patty Loveless, Sammy Kershaw, Dolly Parton, Diamond Rio, and Emmylou Harris and many more have covered the beloved tune, but our favorite cover of comes from Johnny Cash.

Johnny Cash loved Christmas, as made evident by the seven Christmas albums he recorded throughout his career. He also hosted numerous holiday television specials that featured the Cash family and other celebrity guests, including Jerry Lee Lewis, Roy Orbison, Kris Kristofferson and more.

In 1972, Cash released his second Christmas album, The Johnny Cash Family Christmas, and included “Christmas Time’s A-Comin’.” The song would become a staple on the Man in Black’s annual Christmas television specials that aired almost every year from 1976 until 1985.

In the clip below, we see Johnny Cash belting out “Christmas Time’s A-Comin’” like only he could for his 1977 television Christmas special.