By Jennifer Pernicano on March 2, 2018
Advertisement 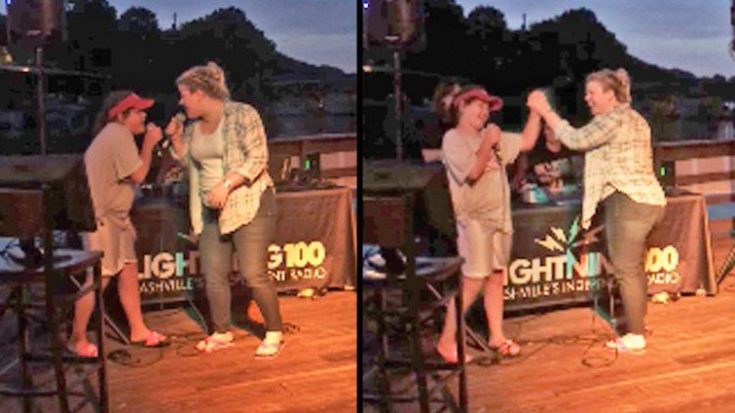 The original American Idol and then 10-year-old Ava Paige Davis were eating dinner at a local marina restaurant in Tennessee where local radio station Lightning 100 was hosting a karaoke night.

The radio host announced that Kelly Clarkson and her family member were up next, which got Ava a little starstruck. After mustering up enough confidence, the fifth grader asked Clarkson if she would join her for a karaoke duet.

“When she said yes, I almost jumped into the water to see if it was a dream,” Ava told News2 in an interview.

The super fun song calls for strong vocals and Clarkson was blown away when Ava started singing, especially with such attitude! Ava seems like she has a huge personality, quite similar to Clarkson’s, so you knew it was a perfect match!

During the musical break, Clarkson showed off her dance moves, and Ava even joined in! Besides the cute dance moves, the two singers put on a great performance that had the patrons erupt in applause after Ava hit the final note.