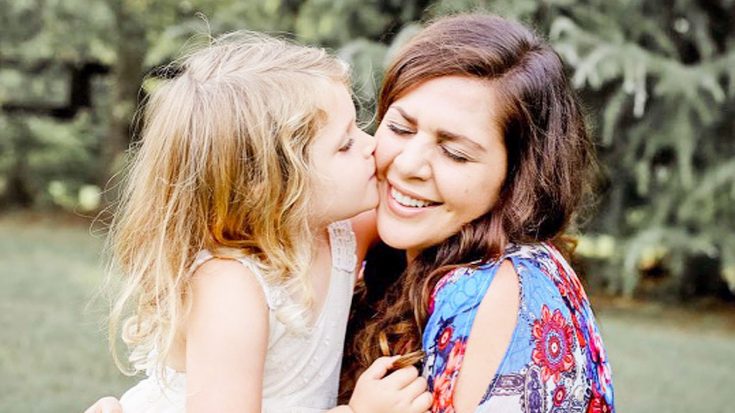 In fall of 2015, Lady Antebellum went on hiatus in order to focus on their families and some passion projects they each had in the works. For the most part, it was a time of joy and celebration, and Hillary Scott and Charles Kelley each released solo records.

But it was also a time of great sadness for Scott. She first opened up about that time in an interview with Good Morning America in June 2016. That’s when she revealed that she had suffered a miscarriage in the fall.

When Scott released her gospel album, Love Remains, the first single she released was about her miscarriage, titled “Thy Will.” The song became a number one hit on the Christian charts and won the award for Best Contemporary Christian Music Performance/Song at the 2017 Grammy Awards.

After everything she and her family had been through, Scott was overjoyed when she learned that she was expecting again. Lady Antebellum revealed the news in August, and shared that Dave Haywood and his wife are also expecting.

A day later, Scott posted an video of her and her husband Chris Tyrrell telling their daughter, Eisele, that she’s going to be a big sister. Emotions were running high in the video, as Scott revealed that she is expecting twins!

Scott couldn’t contain her happiness in the caption she wrote to accompany the video:

“We are having TWINS! It’s truly a miracle. Because we’ve been so open about our last pregnancy loss and journey, I want to be fully transparent with you that this happened naturally. Chris nor I have any family history of twins that we can find and are just resting in the profound gift this truly is.”

Later, Scott posted an adorable gender reveal announcement to share that both of the twins are girls. “Chris and I are beyond grateful that we get to raise a household of little ladies, and can’t wait to watch and help them grow into kind, independent, and confident women” she wrote.

During an interview with CMT’s Cody Alan, which was published on Wednesday (September 27), Scott recalled the miraculous moment she learned she was expecting twins. It happened during an ultrasound appointment one day, and she couldn’t believe her ears when the tech said something about having twins:

“The ultrasound tech, they’re taught to be extremely even-keeled and not too excited either way about anything. She kind of started the ultrasound, and all of a sudden she just looked at me really monotone, kind of no emotion, and was like, ‘So how do you feel about two babies?’ And I said, ‘You’re joking.’ And she said, ‘I can’t joke about this.’ I just started busting out laughing. There was no other emotion I could find other than just complete shock and laughter.”

Scott was glad that her mom was at the appointment as well, saying that no one would have believed her if she didn’t have a witness!

Tune in below to watch the moment that Scott and her husband told their little girl that she’s going to be a big sister to two babies! We’re so excited for Scott and her family, and can’t wait to meet her twin girls!

God has answered our family's countless prayers! Our family is growing…Chris, Eisele, and I wanted to share our DOUBLE portion of joy with you all! We appreciate all the love and prayers in the coming weeks as we wait (somewhat patiently if you're Chris and I, and impatiently if you're Eisele ) for these precious BABIES to arrive. Yep, babies! We are having TWINS! It's truly a miracle. Because we've been so open about our last pregnancy loss and journey, I want to be fully transparent with you that this happened naturally. Chris nor I have any family history of twins that we can find and are just resting in the profound gift this truly is. My heart still grieves for our loss and all who are struggling with pregnancy and infant loss and infertility. God hears every prayer and I will continue to share our story to point to the Source of all life, peace and comfort in the best and most difficult of times. Don't lose hope!