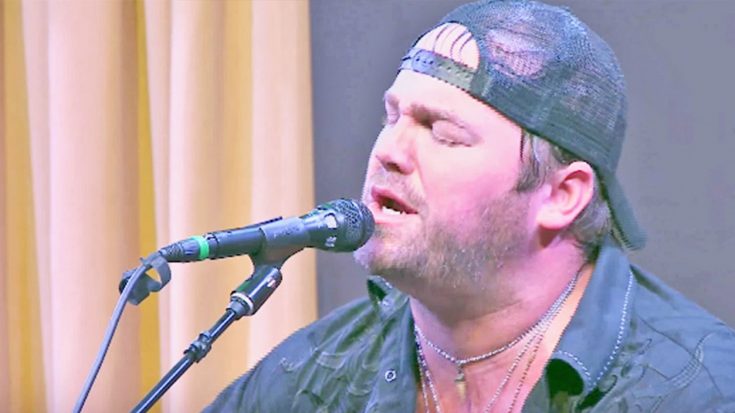 If there’s any song sure to break even the coldest of hearts, the song at the top of the list is without a doubt Garth Brooks‘ “More Than a Memory.” Known for pouring immense amounts of emotion into his performances, Lee Brice sparks emotion in crowd during an outstanding rendition of Brooks’ hit.

Taking place at KUPL Studio 987, the country singer took a heart-wrenching approach to the song, putting his all into the acoustic performance. Backed by just an acoustic guitar, Brice’s powerful voice flawlessly executed even the most difficult notes the song requires.

“Waking a friend in the dead of the night/ Just to hear him say it’s gonna be alright,” sings Brice while strumming his guitar. “When you’re finding things to do to not fall asleep/ Cause you know she will be there in your dreams/ That’s when she’s more than a memory.”

“More Than a Memory” was written by Brice alongside fellow songwriters Billy Montana and Kyle Jacobs but was recorded by Brooks for his 2007 album, The Ultimate Hits. Debuting at No.1 on Billboard’s Hot country Songs, Brooks set a record for the highest debut on that chart.

You can check out Brice’s rendition of “More Than a Memory” below.