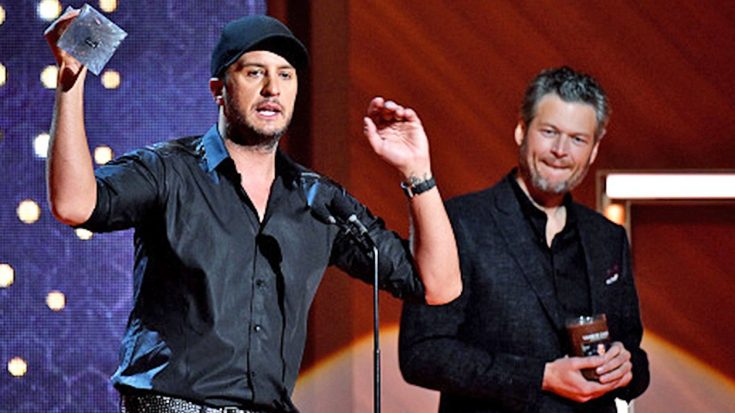 “He’s taken so many things from me and now this? Who in the hell is choosing this? Am I being punked?” ﻿said Luke Bryan after learning fellow country singer Blake Shelton was named 2017’s “Sexiest Man Alive” by PEOPLE magazine. However, following his “guy” being fiercely attack on social media, the “Light It Up” singer has had a change of heart.

While promoting the ABC relaunch of American Idol, Bryan and fellow judges Katy Perry and Lionel Richie hit the red carpet, Extra’s Renee Bargh taking the opportunity to ask the country singer what he thinks about Shelton’s new status.

“Yes, I know.. it’s the topic…you know I roasted him in the beginning…and now that the world is coming at my guy. Blake, come on, you know, he’s a good looking dude,” said Bryan in defense of his friend.

Bryan went on to ask Bargh if she’s ever “gazed into his blue eyes,” the reporter replying “Many times.” The country singer also went on to describe Shelton’s eyes as “quite cosmic.”

Bryan, Perry, and Richie all signed on as judges for the 2018 relaunch of American Idol, former host Ryan Seacrest also set to return to the iconic stage.