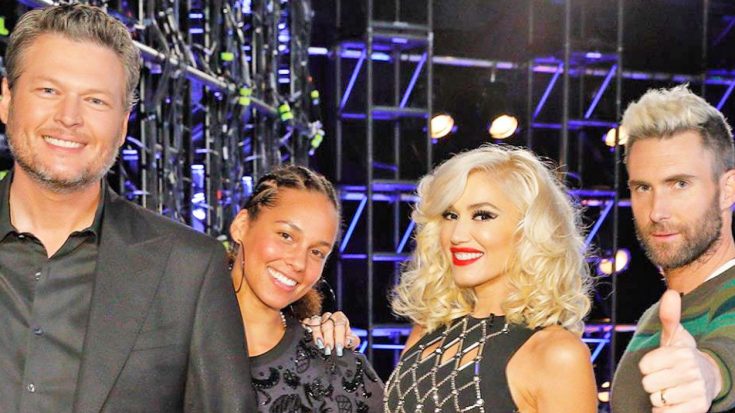 Season 12 of The Voice is turning out to be its most exciting yet! All of the contestants are bringing it each week, and since they’ve gotten to spend lots of time with their coaches, PEOPLE sat down with each remaining singer and asked them to spill some secrets!

Team Blake’s Aliyah Moulden, who turned four chairs with her fiery rendition of “Hound Dog” and ultimately chose Blake Shelton as her coach, said that the most surprising thing about her coach is that “he had a pet turkey named Turkey. I find that to be hilarious!”

Brennley Brown is Gwen Stefani’s only female contestant and Brown says, “she always manages during rehearsals to talk about fashion, which is so fun for me because I’m more on the girly side…It’s incredible to be the only girl on Team Gwen and to have fashion advice from the queen of fashion herself.”

While some of the contestants said that the most surprising thing about their coaches were things we already knew, like how Shelton wants anyone except Levine to win, how Levine started out as a guitar player, not a singer, and how you always feel underdressed with Stefani in the room, the most shocking fact we found out was that Shelton is a dancing machine!

Team Blake’s TSoul said, “He has an arsenal of dance moves — as many, if not more, than TSoul! Rehearsals are often interrupted by a combination of moves from us both.”

We know that Shelton likes to break out in dance every once in a while, but we thought that was just for the cameras! Watch him show off his moonwalk below.