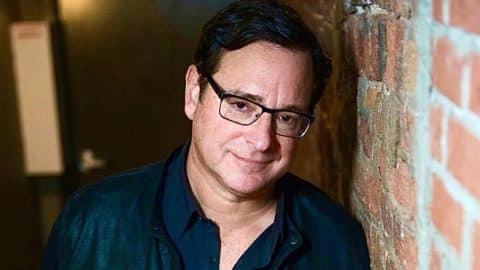 Actor Bob Saget, who was often called “America’s Dad” due to his role as Danny Tanner on Full House, died Sunday (January 9) at the age of 65. An autopsy was performed Monday morning and new details surrounding his death have been released.

“An autopsy was performed this morning on Robert Lane Saget. Mr. Saget is a 65-year-old male, who was found unresponsive in his hotel room. At this time, there is no evidence of drug use or foul play,” Orange and Osceola Counties chief medical examiner Joshua Stephany said in a statement.

The exact cause of death is pending an investigation that could take up to 12 weeks to complete, Stephany said. A separate report released by the Orange County Sheriff’s Office detailed what officers found when they responded to a wellness check call at the Ritz-Carlton Hotel in Orlando on Sunday afternoon. The report states that the comedian was found dead, laying horizontally with his face and torso facing up.

“I checked the immediate area for signs of foul play. It should be noted none were found. The room itself was orderly with items owned by Mr. Saget on the nightstand, television stand, closet and bathroom,” the report reads, with the responding officer stating “no signs of trauma were seen.”

No drugs were found in the room, only medications prescribed to Saget, per the report.

Saget was staying at the Ritz-Carlton in Orlando, Florida. Bob Saget had just kicked off his comedy tour in Florida and performed a two-hour standup routine the night before his death.

After being unable to contact Saget, his family members contacted hotel security to check on his well-being. When hotel security entered the actors room, all of the lights were off and Saget was found in his bed. Security checked to see if Saget was breathing, but he was “cold to the touch.”

In a recorded call from the hotel to 911, a man is heard telling dispatch “We have an unresponsive guest in a room.” He adds that  the guest is “not responsive, not breathing” and had “no pulse.”

Hotel management contacted Saget’s wife, Kelly Rizzo, and informed her of his passing. Per standard process, homicide was contacted. “All deaths, whether they are natural, suicide, overdose or homicide are always looked at by the homicide unit,” police said on Monday. The Orange and Osceola Counties Medical Examiner’s Office will determine the official cause of death.