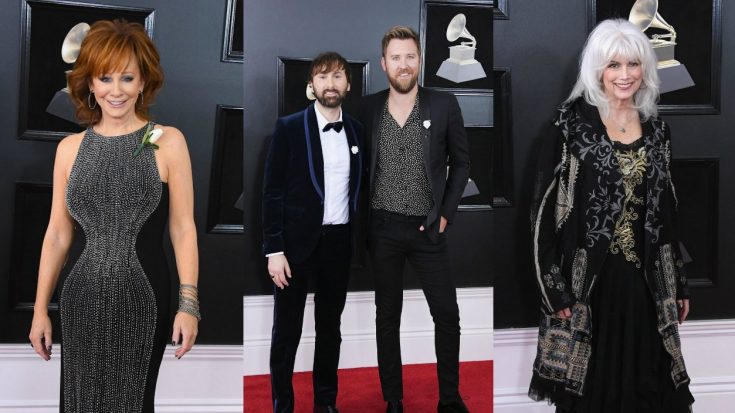 Music’s biggest awards show is happening tonight at Madison Square Garden in New York City. The Grammy Awards red carpet was on fire as some of country music’s biggest stars made their way into the elite event.

See some of our favorite artists and their red carpet looks in the photos below! Alison Krauss looked stunning as she walked the red carpet. Krauss is the most awarded singer, the most awarded female artist, and is tied for the second most awarded artist overall in Grammy history with 27 wins. She was nominated this year for Best Country Solo Performance for “Losing You.” (Photo credit: Steve Granitz / Contributor / Getty Images) Country legend Emmylou Harris was on hand to perform alongside Chris Stapleton during the awards show broadcast. She was also honored with a Lifetime Achievement Award. (Photo credit: Steve Granitz / Contributor / Getty Images) Thomas Rhett attended the Grammys with his wife, Lauren, where Rhett was nominated for Country Album of the Year for Life Changes.  (Photo credit: Jamie McCarthy / Staff / Getty Images) Dave Haywood and Charles Kelly of Lady Antebellum walked the red carpet without bandmate Hillary Scott who was cheering them on from home as she awaits the birth of her twins. Lady A was nominated for two awards during Sunday’s Grammys. (Photo credit: Steve Granitz / Contributor / Getty Images)