By Jennifer Pernicano on June 5, 2019
Advertisement 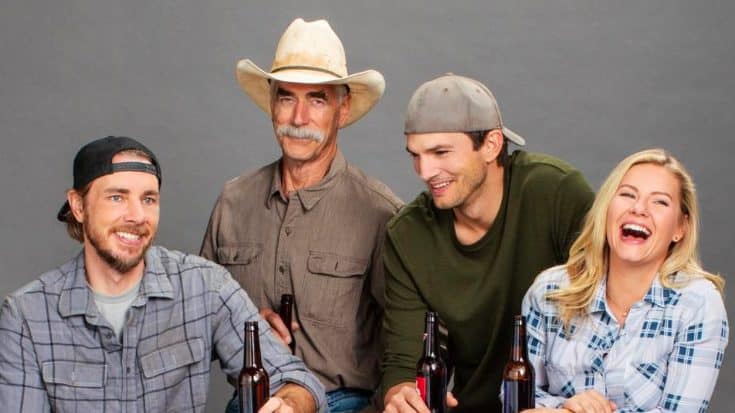 In 2016, Netflix debuted a sitcom titled The Ranch that stars Sam Elliott and Ashton Kutcher.

Elliott plays Beau Bennett, a Vietnam War veteran who has worked on his family’s ranch since he returned from the war, taking it over when his father died. Kutcher plays his son Colt, a failed semi-pro football quarterback who comes home to work for his dad on the ranch. Debra Winger, of Urban Cowboy fame, plays Elliot’s estranged wife Maggie, who owns the only bar in town.

Although The Ranch has been a wildly successful series for streaming site Netflix, the show announced Tuesday (June 4) on Facebook that it will be coming to an end. Luckily for fans, there are 20 more episodes to be aired, 10 of which will be released later this year and 10 more in 2020.

After a great run, we’re closing the barn doors on The Ranch… but not just yet. We’re excited to bring you the final…

Not only does The Ranch star the legendary Sam Elliott, whom we love, it also has strong ties to country music. Each episode is titled after a country song. Part one is all Kenny Chesney songs, George Strait in part two, Tim McGraw in part three, Garth Brooks in part four, Dolly Parton in part five, and Alabama in part six.

The opening credits are set to the tune of Waylon Jennings and Willie Nelson’s “Mammas Don’t Let Your Babies Grow Up To Be Cowboys,” performed by the legends’ sons Shooter Jennings and Lukas Nelson.

We are sad to see the show go, but we’re glad we have until 2020 to watch new episodes! Check out one of Sam Elliott’s funniest moments below.